It's a DAVE school thing

FIND OUT MORE ABOUT TEAM DAVE

“I tried, but I could not find a school that consistently produces qualified entry level animators with practical skills in the creation of visual effects. So I started one that does.” – Jeff Scheetz

The Digital Animation & Visual Effects (DAVE) School was founded on June 8, 2000, by Anne and Jeffery Scheetz. They created a school that offered specialized training in Visual Effects with extensive practice under industry level supervision. The Game Production program followed 13 years later in September of 2013, making it the second program to be offered by the school. In the summer of 2016, The DAVE School was proud to introduce two online bachelor programs in Motion Graphics and Production Programming.

Real-world skills come from real-world experience
“During my time as a student at The DAVE School, I had always envisioned myself coming back to teach. Back then, I wanted to learn from people who had already done the work I wanted to do. The DAVE School gave me the ability to sit next to and get critiques from real professionals who had the experience to teach me what the industry wanted to see in a production artist. – Angel Gonzalez Academic Director

For over 16 years, The DAVE School has trained entertainment industry 3D artists by connecting students with award-winning industry professionals who bring real-world experience to the classroom. Our programs are developed and led by an experienced team of instructors who have worked at industry leading studios. The DAVE School faculty has won EMMYS©, Telly Awards and more. Recently, the graduating class of Sept 2015 won a Regional Suncoast Emmy© for their book trailer “The Thief of Always” based on the fable by Clive Barker.

“We hired several DAVE School graduates into the MPC Academy during 2016. They were prepared and professional, and they succeeded admirably in their Academy training. All progressed to our compositing department after completion of their training where they worked on high profile film projects such as Suicide Squad, X-Men: Apocalypse and Miss Peregrine’s Home for Peculiar Children. We like that the DAVE School is easy for us to engage with. They are receptive and responsive to industry input, both informally and through their Advisory Board. – Matthew Hanger MPC

Today The DAVE School consistently produces skilled graduates who are uniquely prepared for industry positions. Among other prestigious honors, many graduates have worked on Oscar and Emmy nominated and winning projects. The school continues to grow in the traditions of its founders by keeping in tune with industry trends and changes. This affords the school the means to adapt its educational programs to meet the needs of the always advancing fields of digital entertainment and interactive media.

Study Online or On Campus

Film, Games and Beyond

Collaborate with the Best

WE ARE LOCATED IN THE HEART OF UNIVERSAL STUDIOS ORLANDO

THE STAFF BEHIND THE SCENES 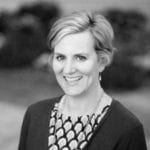 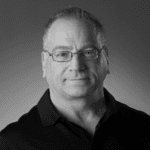 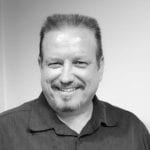